Here are some Photos from our time at SEMA 2014 Click on any picture to see a higher resolution slide show. Enjoy!!!

This split bumper 1970 Camaro at the Ron Francis booth has a 700hp supercharged LSA under the hood! 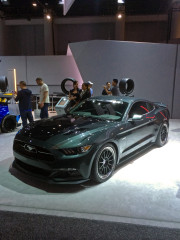 A good first look at the star of the show, the 2015 Global Mustang

Still one of my favorites, a red Chevy C10

One of the Welderup Diesel Rat Rods.

Intake for the 11-14 Dodge Charger and Challenger with 5.7L Hemi engines.

Here is a nice clean shot of a whipple supercharger installed

Front view of a well equipped Jeep Wrangler at the Rugged Ridge booth.

Check out these PUTCO Luminix LED billet headlights. What an awesome upgrade for your Jeep Wrangler

These Headlights are putting out around 12,000 lumens. You have to see it in person. 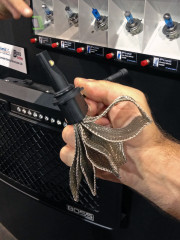 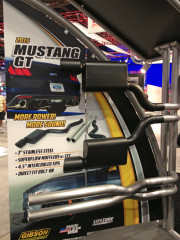 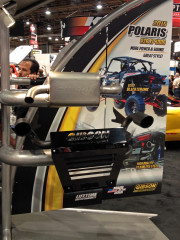 Here is a Gibson exhaust kit for the Polaris RZR side by side. “Two out the back!” 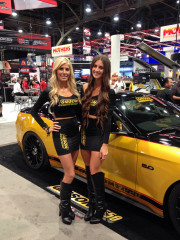 More beautiful things to see at the Gibson booth.

A nice view of a red C7 Corvette

New and old brake kits for Mustangs by Wilwood

One more look at the Oil less Comp Turbos set up. It allows installation in any position and no oil leaks from return lines etc. 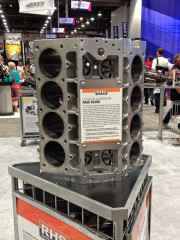 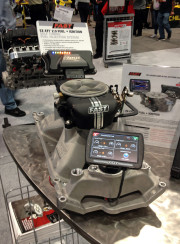 And the new FAST EZ-EFI self tuning fuel injection + Ignition system makes life easier for engines up to 1200 HP.

Here are the kids from Eastern Oklahoma County Tech Center (Team Autometer) competing in the Hot Rodders of Tomorrow engine tear down and rebuild competition! 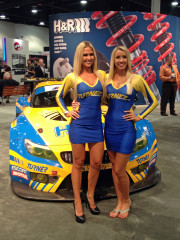 Here is on of my favorite motorcycles of all time, a 1950s Vincent Black Shadow, at the Workshop hero booth.

Some of the new offerings from Wilwood brakes. 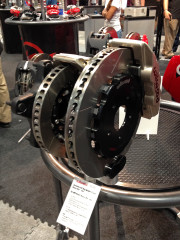 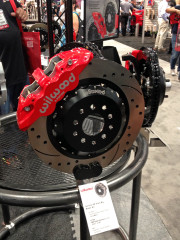 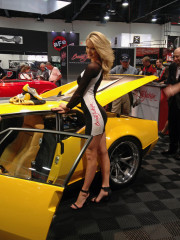 So many beautiful curves at the Barrett Jackson booth! Holy Moly! 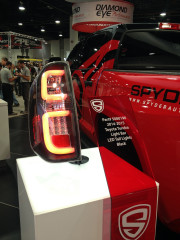 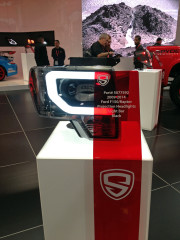 A pimped out Ford truck with a Fab Fours front bumper

Front view of the 1964 Chevelle “MaliciouSS”

A 1970 Pro Touring Mustang at the Optima booth. Part of the Ultimate Street Car Invitational

A beauty of a 1970 Ford Bronco at the Painless booth

A set of Carbon discs by Brembo Brakes

The incredible Chevy Camaro Z28! Faster than a Lamborghini Murcielago around the Nurburgring!

A look under the hood of Jimmie Johnson’s 460hp LT1 equipped 71 Corvette Stingray. Love it!

This is a cut out front view of a new 2015 Supercharged LT4 engine from a Z06 Corvette. Seen at the Chevrolet booth. 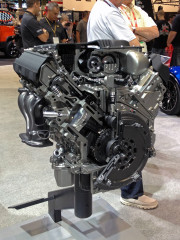 A rear View of the cut out Supercharged 2015 Chevy LT4 Corvette engine. 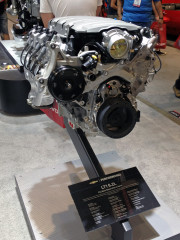 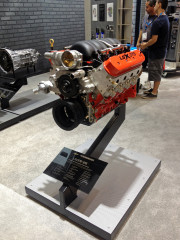 The new Z/28 Camaro on it’s side at the Chevrolet booth. It’s a unique and effective way to show off the underbody and all of the special components of this awesome Camaro .

Jeremy loves the C10. This is Bob Bertelson’s autocross racing truck he calls the “Orange Rush”!

This is an LSX equipped 1952 Willys Jeep at the Rancho booth. Awesome!

A look under the hood of the Supercharged LSX, with a two stage nitrous shot. They are saying around 800 Horsepower. Too much fun!

Here is a nice looking pair at the Toyota booth 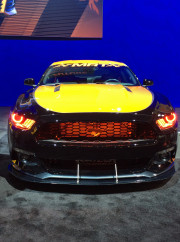 Another look at the custom built 2015 MRT Ford Mustang with ecoboost engine.

A nice looking Mustang convertible at the Ford booth 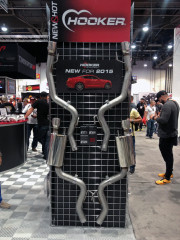 Exhaust kit for the 2015 Mustang at the Hooker booth

The Mustangs are taking over!

The Welderup 55 Chevy Gasser with a blown 498 Chevy big block!

A rear view of the Welderup Gasser. “Show us your junk”!

The guys hanging with Johnny Johnson from SCT/Bully Dog

A look at the 426 Gen III High Output HEMI engine at the Dodge booth. Nice!

A Dodge for Donny!

Rear view of the new Hellcat

Jordan looking at home in the Hellcat

Wow, what a sweet Challenger! 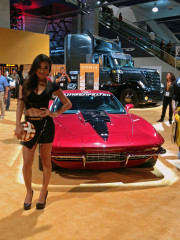 Someone give me a push before they kick me out of this booth!!

The GHP crew got to meet Jessi Combs. L-R is Ryan, Jeremy, Jessi, Jordan and Donny. 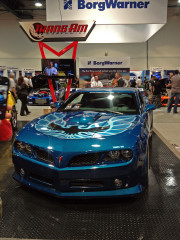 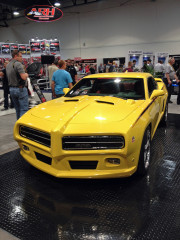 Look at this sexy beast at the American Racing Headers booth! 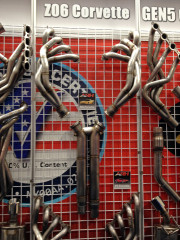 The year of the Corvette

Ryan Donny and Jeremy on the way to the buffet 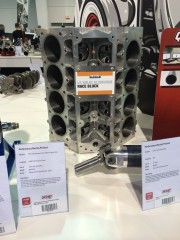 A cool silver Jeep Wrangler outside in the sun

A look at the Mr. Chevy 55 Gasser and trailer

Donny took this shot of a spectacular Bel Air wagon.

Another view of this beautiful Bel Air

What would SEMA be without at least a few McLaren Supercars?

The High Roller observation wheel overlooking the Ignited after party

One of Steve’s Diesel Rat rods at Ignited.

Jordan and Steve Darnell of Welderup fame at the Ignited after party. 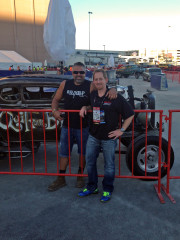 Jeremy and Steve Darnell of Welderup in Las vegas at the ignited after party, just before a big Diesel Burnout. 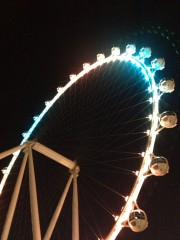 The Hotchkis 1970 Plymouth Superbird under the lights of the High Roller observation wheel.

The light show on Fremont in old Las Vegas

The guys from Team Farmtruck of the Discovery Channel’s Street Outlaws fame were nice enough to stop for a picture with Jeremy on Fremont Street. L-R is AZN (Jeff Bonnett), Jeff Lutz, Jeremy Troggio and Farmtruck himself (Sean Whitley).

A nice view of Fremont street at night. 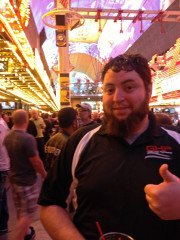 Ryan on Fremont St. getting ready to celebrate another awesome SEMA show.